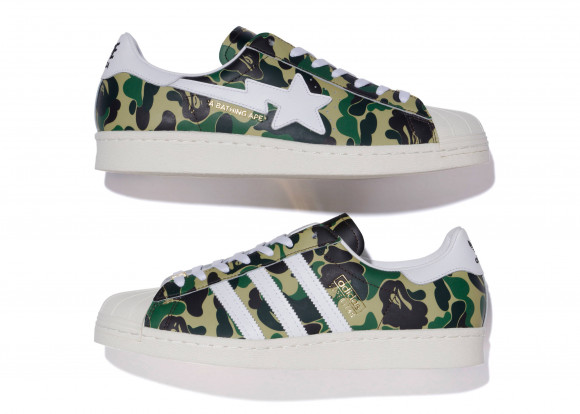 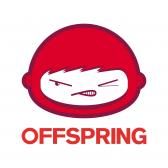 
The adidas Superstar is camouflaged in a beautiful finish by A Bathing Ape. The Superstar is not only an adidas classic.
The adidas Superstar is camouflaged in a beautiful finish by A Bathing Ape. The Superstar is not only an adidas classic. It is also and above all THE silhouette that has brought the sneaker phenomenon into a new era. An era of collaborations between major sports equipment manufacturers and artists from all walks of life. Remember, it was 1986. During a concert at Madison Square Garden in New York, the rappers of the group Run-DMC sang a real hymn to the glory of the Superstar in front of thousands of spectators, among whom was a representative of the brand with the 3 stripes. In the aftermath, the latter offered Jam Master Jay and his cronies a sponsorship contract that will definitely propel the old basketball shoe in the pantheon of sneakers by dragging in its wake the Stan Smith. But the one that interests us the most today is the 1969 sneaker, for the simple reason that it will be released on May 8 in a "Green Camo" version designed by BAPE. The famous Japanese label of Nigo has indeed revisited once again in a signature color that should delight both fans of the model and lovers of camouflage finishes.
For those who don't know A Bathing Ape, aka BAPE, let's remember that it is a Japanese streetwear brand that the stylist, DJ and producer Nigo founded in 1993. This one quickly became famous, thanks to its ''camo'' patterns that you could discover at the end of 2020 on the adidas ZX 8000 ''Black'' Undefeated.
These same patterns are unsurprisingly present in this Superstar, which corroborates the excellent relationship between BAPE and adidas. Behind its evocative name, the pair has a low top with a green print similar to those found on military fatigues. This ''Green Camo'' finish is contrasted with a white and gold branding of circumstance since each shoe is stamped with the double seal of the German firm and its Japanese counterpart, which is more in an asymmetrical style. The 3 emblematic bands of adidas and the mention ''adidas SUPERSTAR'' are respectively on the outside of the left foot and the inside of the right foot. The BAPE shooting star and ''A BATHING APE'' replicate them on the other side panels. The branding was also customized on the heel and the top of the lace tongue. The design is refined by the addition of a lace jewel and especially touches of off-white applied with accuracy and relevance on the inevitable ''Shell Toe'' and the rubber sole.

Get your hands on the adidas Superstar Bape ABC Camo Green from top sneaker retailers around the world.
Read more