History of the Nike Air Max 95

The Nike Air Max 95 is a classic running shoe designed in 1995. Inspired by the anatomy of the human body, the Nike Air Max 95 innovated in the Air Max line and revolutionized the design of sports shoes. It is the first Air Max sneaker to be designed without Tinker Hatfield. A daring experiment that has resulted in an undeniable success.

The experience of a new designer

Before the Nike Air Max 95, all visible air-cushion sneakers were designed by Tinker Hatfield. Although the Air Max 87 and 90 sneakers, designed by Hatfield, were among the most successful in Nike history, the Air Max line needed a new approach to the concept, like the air. To modify the DNA chromosomes of the series, Nike executives called on Sergio Lozano, a young designer who has proven himself with the Nike ACG outdoor collection as well as in the design of tennis and training sneakers.

In creating the Nike Air Max 95, Lozano was inspired by the principles of Tinker Hatfield. Sneakers needed a story. Context, which would become the basis of the design and explain the concept of the brand to the client. The shape of the future legend came to Lozano's mind as he watched the rain. He found surprisingly beautiful the process of erosion of the earth, when the top layer is washed away by water currents. Lozano also thought about the use of Nike running shoes - almost all the models of that time were in white; in rainy Oregon, they got dirty quickly. Sergio Lozano decided to make running shoes more practical.

The complexity of production

When Lozano launched the project, Nike's innovation department had already prepared an air cushion for the new model. It was the very first dual-chamber damping system for the Air Max. Due to the appearance of the air chamber in the front, the sole promised to be even softer and more comfortable. Sergio Lozano brought the upper frame and midsole to life. It was decided that the color palette would be graded - from black below to white above. This choice of colors was inspired by the rain-soaked paths of the Nike, Oregon campus. The construction of the sneakers was designed with the anatomy of the human body in mind. The sole is the spine, the buckles for the laces are the ribs, the side layers are the muscles, and the mesh on top is the skin.

Initially, the Air Max 95 design had no Swoosh logo. According to Sergio Lozano, he was designing a sneaker that "speaks for itself" and didn't need a brand name. The idea was that only Nike could make such a bold product. Management was furious. Some even claimed that the company would never release the Air Max 95. Nevertheless, a tiny logo still appeared on the sneaker - on the side in the heel area. Sergio Lozano managed to persuade management not to distract buyers from the upper gradient, which the designer said was the main strength of the concept.

From first publication to public recognition

The Nike Air Max 95 made its debut in 1995. Initially, the model was released as the Air Max, then with the postfix SC (Sport Classic) and in 1999 was given the familiar name of Air Max 95. Thanks to its unique design and the incredible outsole with two air cushions, the Nike Air Max 95 sneakers have found success in both the casual and sport segments. Fashionistas have chosen the Ninety-Five for its look and athletes for its performance.

The Air Max 95 sneakers have been worn by everyone from Brooklyn youths to top stars. When the model began to be re-released in 1997, a huge media hype kept people in line to get the Air Max 95 and resell the pairs they had bought at a price several times higher. In Japan, the Air Max 95 was the first sneaker to have a man mugged, while in the UK it is the second most popular single brand on a criminal record. The natural habitat for the Nike Air Max 95 is the streets.

The legacy of the Air Max 95

In more than two decades, more than 150 colors of the Nike Air Max 95 have been released. In addition to the original version, the silhouette is also used for Nike's pioneering experiments and is available in various variations. In 2014, the model was released as part of the first Nike Sneakerboot collection, there is a modern version called Air Max 95 Ultra, the silhouette came out with the Air Max 360 sole and even VaporMax. Due to the great popularity of the Nike Air Max 95, the characteristic neon color applied in the original color has become a Nike design classic for years to come.

The first collaborations based on this model began in the early 2000s. As with any other line of Air Max sneakers, working on the "Ninety-fifth" allowed only the most important partners, namely Nike. Their own Air Max 95 came out in the Japanese store Atmos and mita, the legendary street brand Supreme and Stussy, the artist Stash and the fashion house COMME DES GARÇONS. The release of the unique Air Max 95 is always an important event for Nike, as well as for the model's loyal fans.

The Nike Air Max 95 is the first model with a double air cushion and sneakers, which changed people's attitude towards sports shoe design. The design techniques used in the Air Max 95 served as the basis for subsequent generations, including the Air Max 97, 98 and Air Max Plus sneakers. Thanks to the success of the Air Max 95, Nike designers were given carte blanche for truly bold and unusual solutions, which became the Nike brand image. The Air Max 95 is not just another sneaker in the Air Max range. It is an amazing model that marked a new era in Nike's most famous racing series.
Read more
Filters 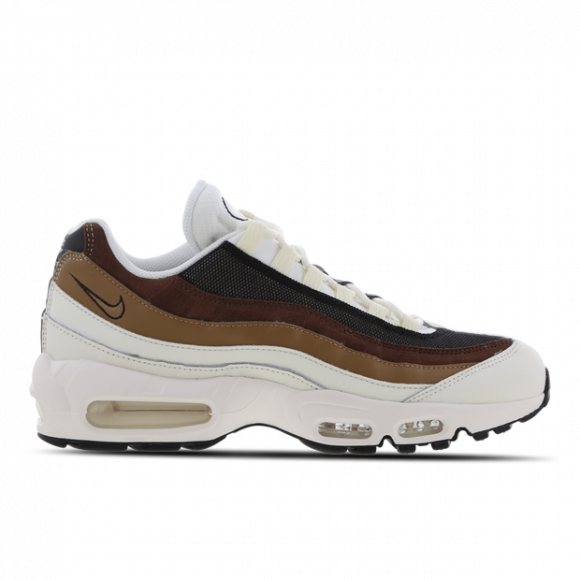 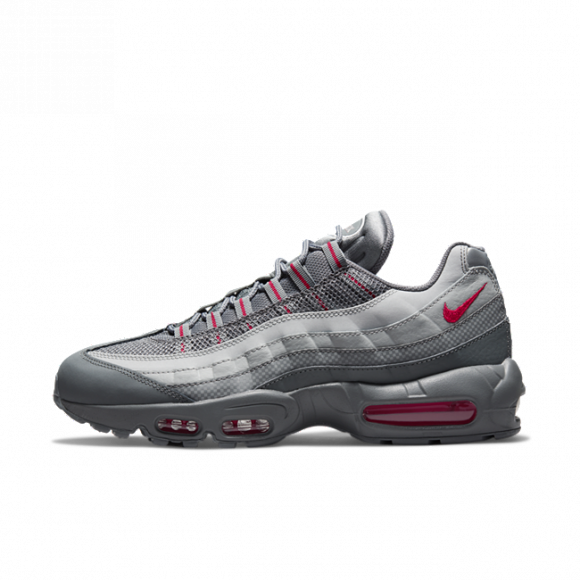 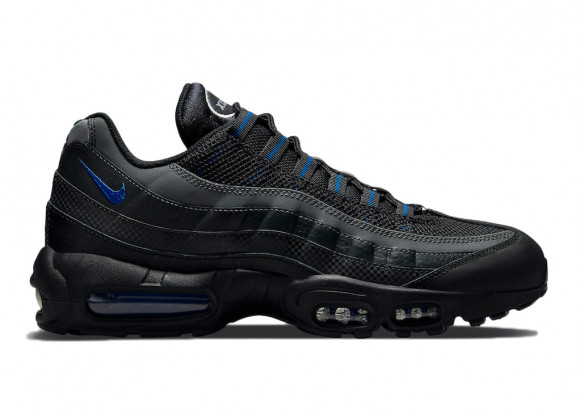 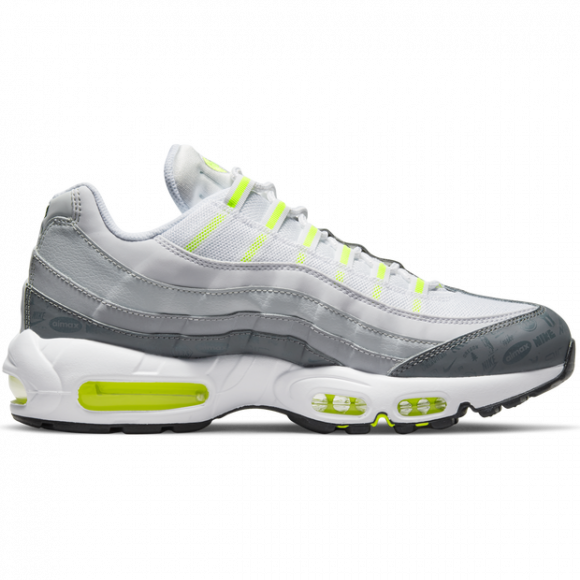 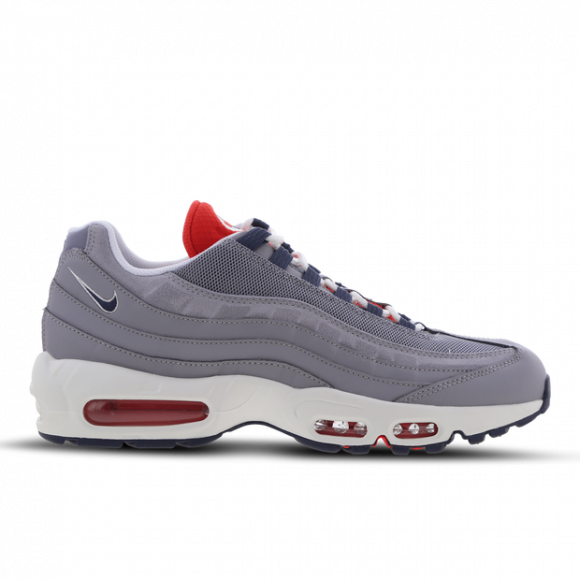 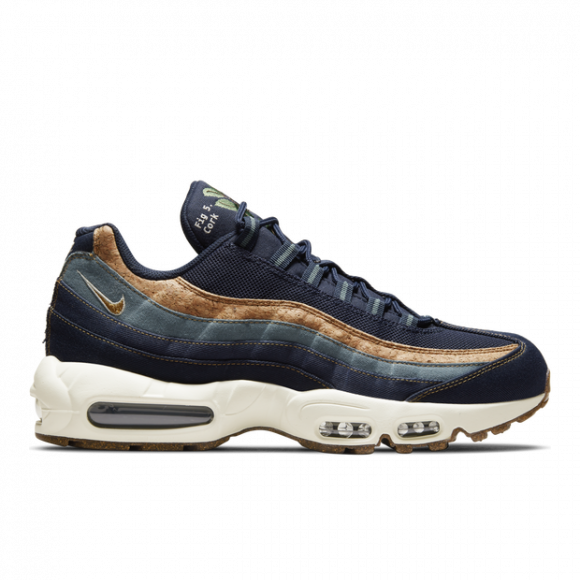 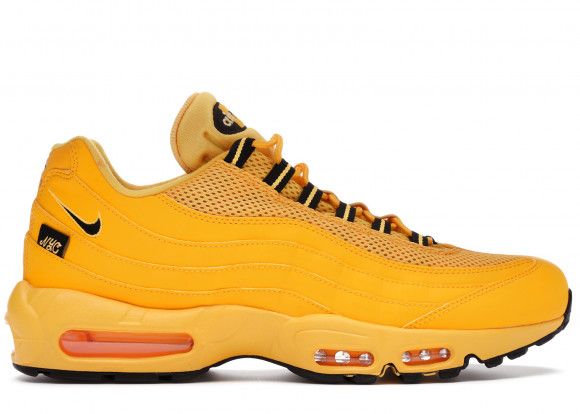 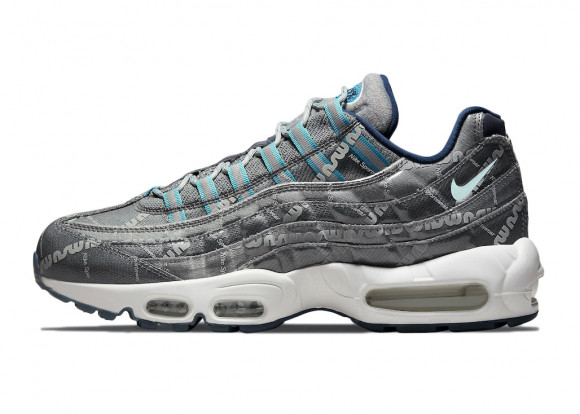 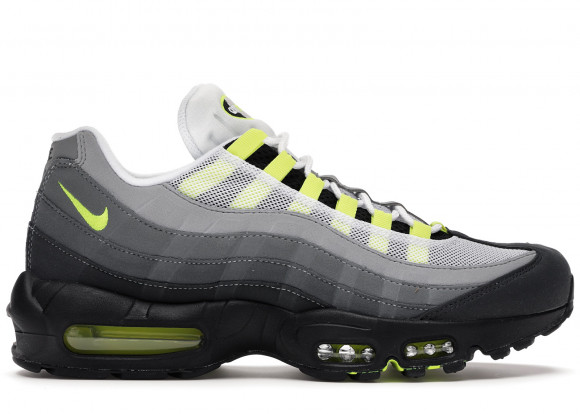 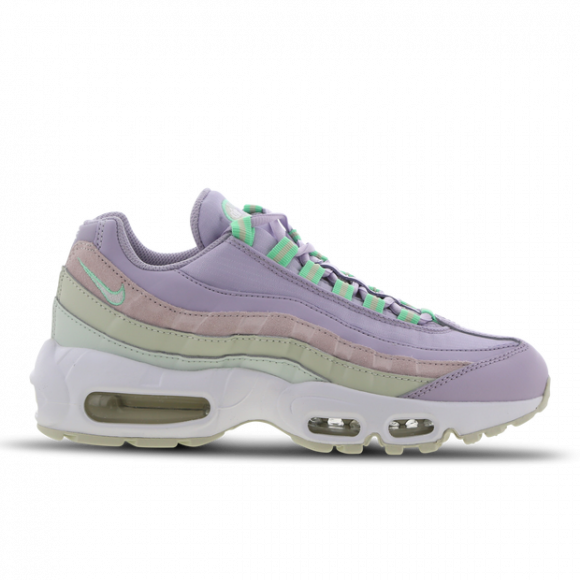 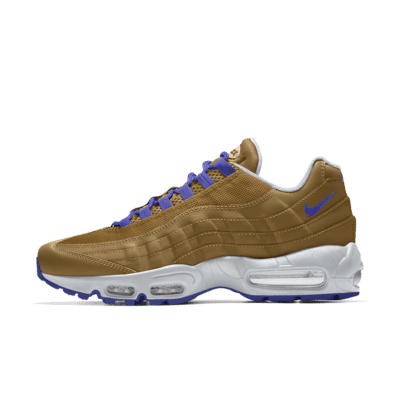 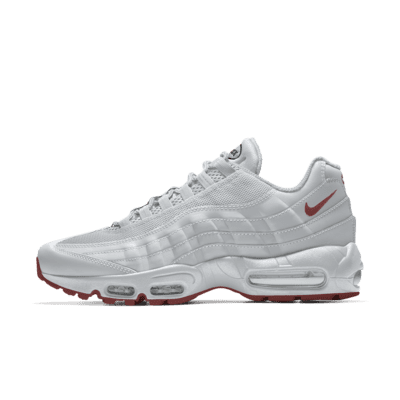 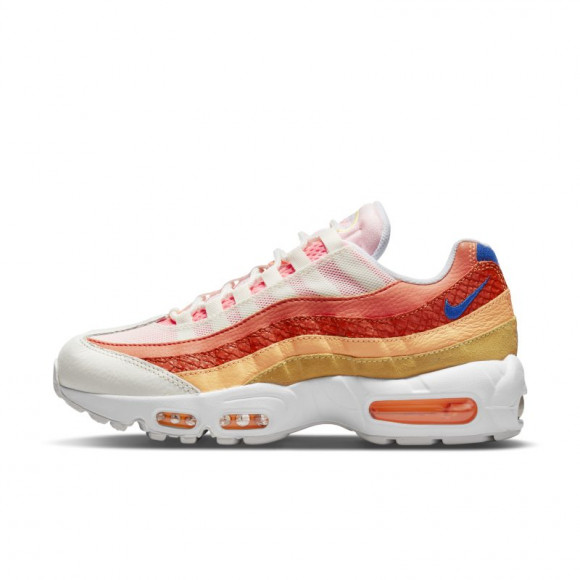 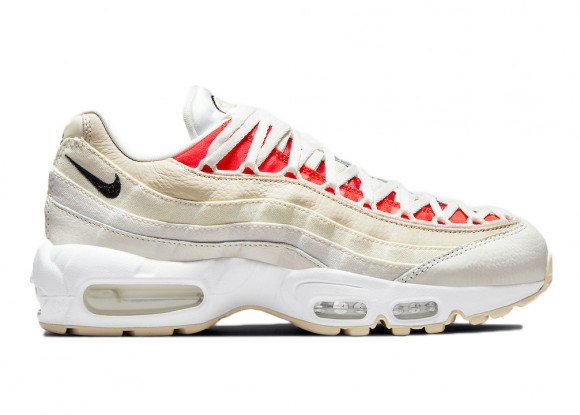 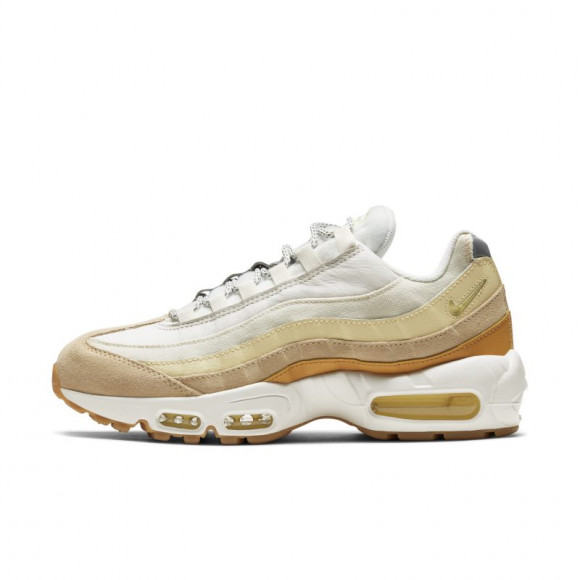 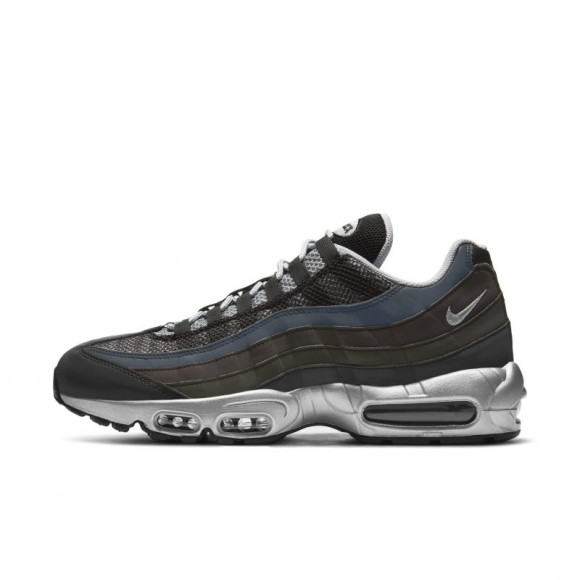 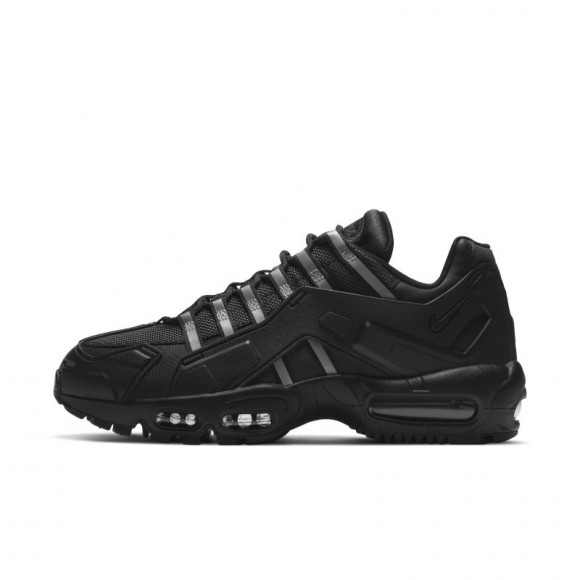 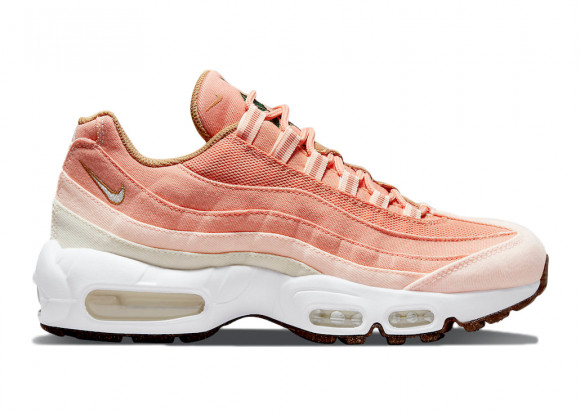 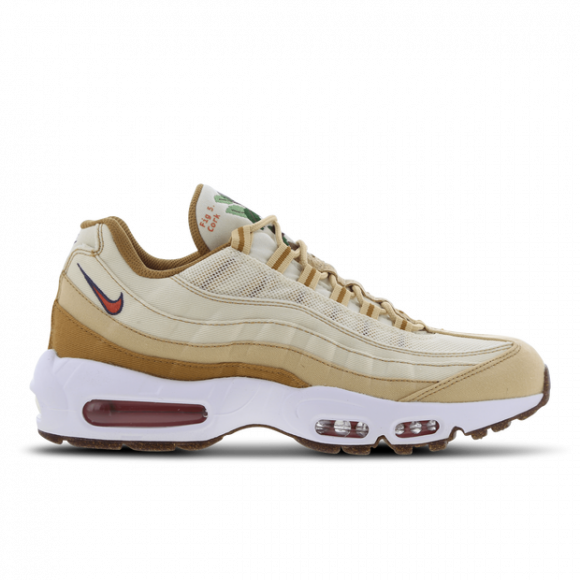 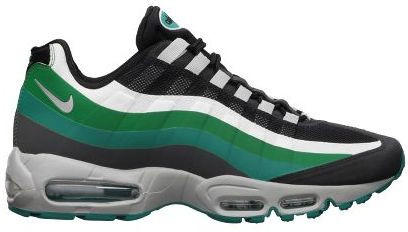 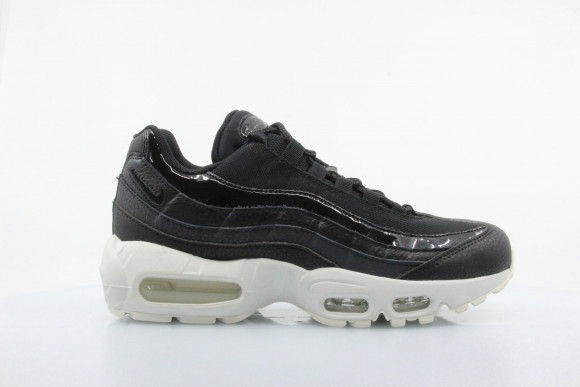 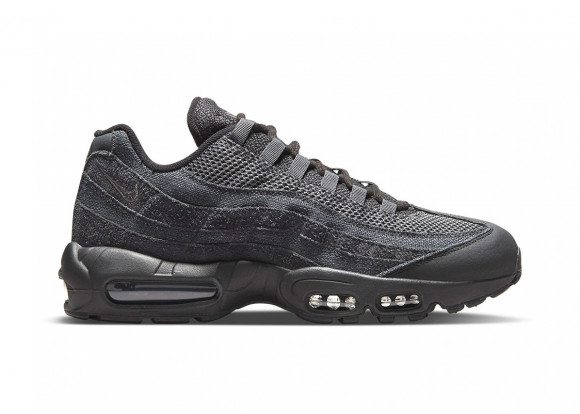 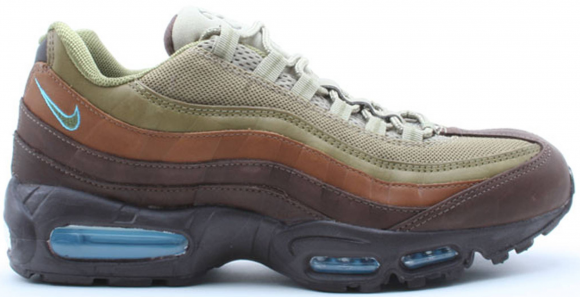