At the time of the collaborations, we were used to the fact that every important rapper had his own model of sneakers or at least a clothing line. At the end of the 80s, this was hard to imagine. Although people also wear sneakers, no one considered them part of the culture. Air Jordan IV sneakers were one of the pioneers in bringing sneakers into the mainstream. The Jordan 4 was the first product in the Jordan range to be sold worldwide, and the sneaker scene from the movie Do It Right set the tone for the development of sneaker culture for years to come.

The Air Jordan 4 was Jordan Brand's first sneakers, and it all went off without a hitch. With the creation of Air Jordan 3, which was a great success, half of the company's key personnel dispersed from the company. Playing in the second model of the line, Jordan managed to break his leg. About the first one and in fact there are still rumors that they have been banned by the NBA league. With the Foursome, things worked out for the first time for Nike. From development to promotion to the results of the Jordan games.

After Tinker Hatfield's success as designer of the Jordan brand, there was no doubt that the Air Jordan IV would be the one to design. Hatfield's philosophy proved to be effective. He firmly believes that Jordan 4 shoes should not only be beautiful and comfortable, but that they should be an extension of the athlete's personality. During the development of the model, Hatfield carefully questioned Jordan about his desires and compared them to the brand's capabilities. Compared to the previous model, the changes have been enormous.

The upper part of the basketball was rebuilt from scratch. To lighten the load, Hatfield went in search of Durabuck. It is the synthetic equivalent of the nubuck, with high durability and low weight. An unusual urethane-coated mesh was introduced on the sides. It made the sneaker even lighter, allowed air to penetrate inside and was very strong. The most important novelty was the lacing system with four plastic lacing pads on each side. In this way, Hatfield solved the problem of the custom fit. Thanks to the new lacing, the athletes were able to adjust the width and at the same time securely fix the foot inside. The Air Jordan IV lacing can be tied in 18 different ways. The only thing left of the Air Jordan III is the only one. And that has changed.

It was released worldwide in 1989. Three colors went on sale in stores around the world and opened a new chapter in the brand's history. The release was accompanied by an advertising campaign featuring actor and director Spike Lee. While the previous model had only been promoted through a photo shoot and video, this time it was agreed to show the sneakers on the big screen. In "Do It Right", an ironic scene is devoted to the sneakers, mocking the phobia of any modern sneakerhead - the fear of getting his favorite sneakers dirty. That moment went down in history, and young people literally swept the Air Jordan IV off the shelves. Jordan continued to work his magic on the court, wearing the Air Jordan IV and making the historic shot in the final seconds to win the five-game series with the Chicago Bulls against Cleveland.

Its outstanding performance, combined with a major advertising campaign and the introduction of basketball in movie theaters, has made the model incredibly popular. When the Jordan brand's sneakers began to be reissued, the Jordan 4 Retro began appearing in special editions and was the first model in the Jordan line to be given to someone else to design. The first collaboration of the Jordan brand was the Air Jordan IV, designed with the UNDEFEATED brand. Not surprisingly, collaborations based on the Air Jordan 4 are as unique as the collaboration with Eminem and Carhartt, the Travis Scott x Air Jordan 4 "Cactus Jack" and three colors of denim giant Levi's, and the incredible KAWS x Air Jordan 4 dreams of having anyone familiar with the artist's work in their collection.

In today's world, the Air Jordan IV is one of Jordan's leading retro silhouettes. Thanks to Nike's advertising strategy, the talent of the designer Tinker Hatfield, and of course Jordan himself, the Air Jordan IV sneakers have forever marked the history of sports footwear, proving to the world that sneakers are not just shoes, but part of pop culture.
Read more
Filters 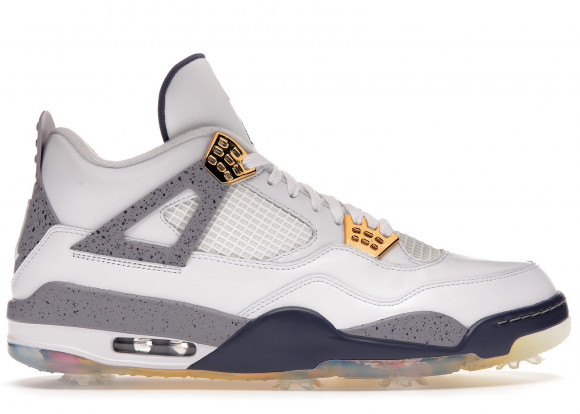 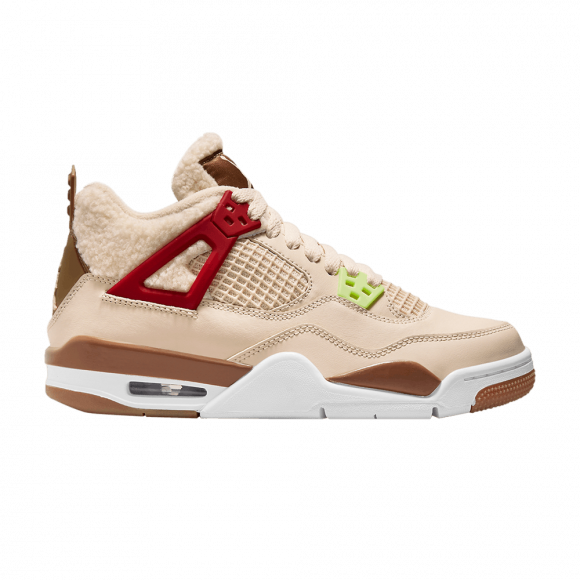 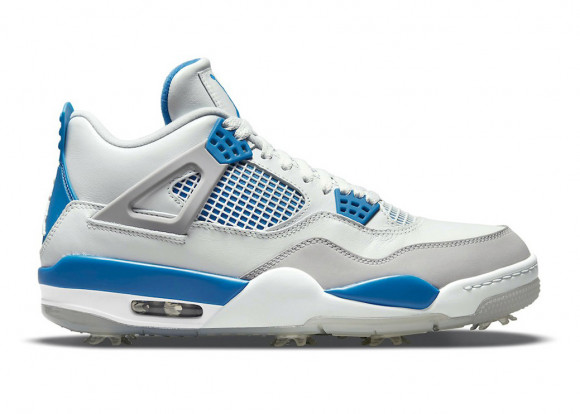 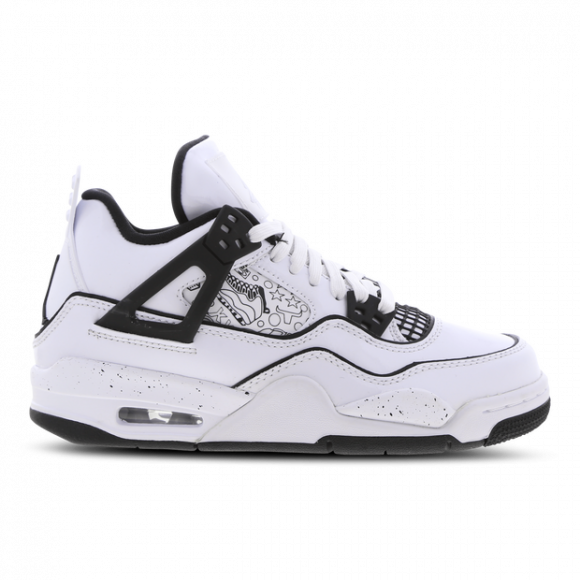 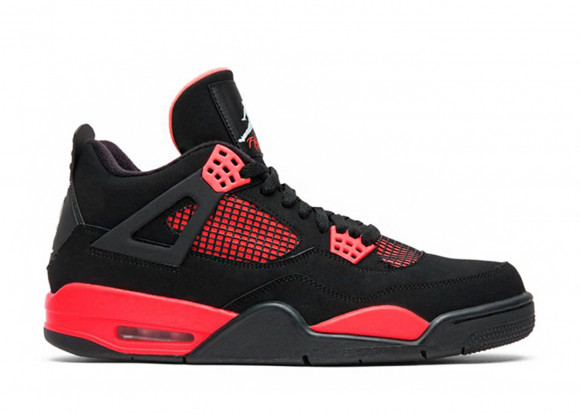 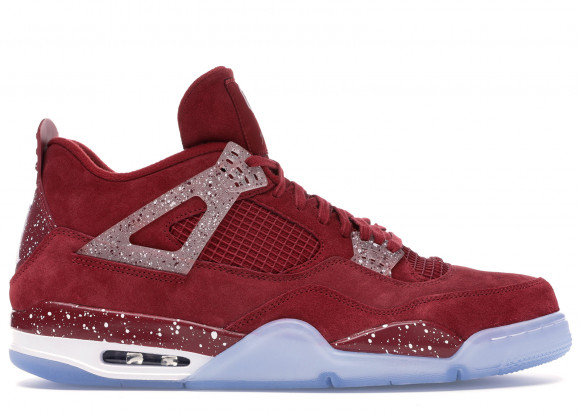 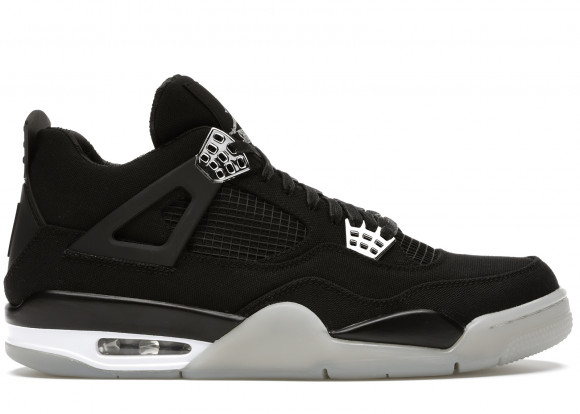 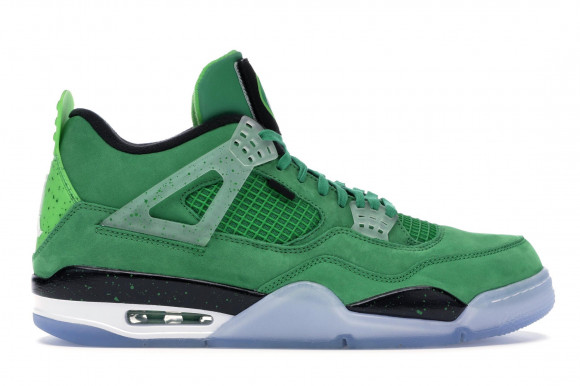 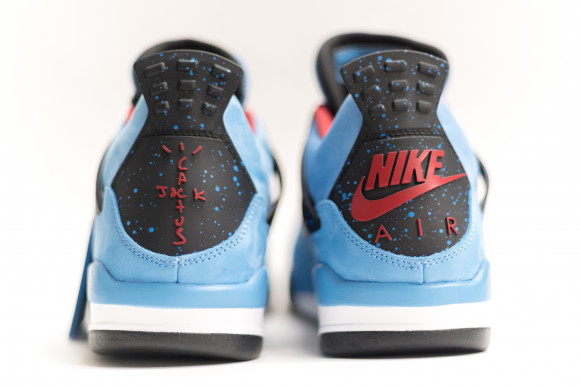 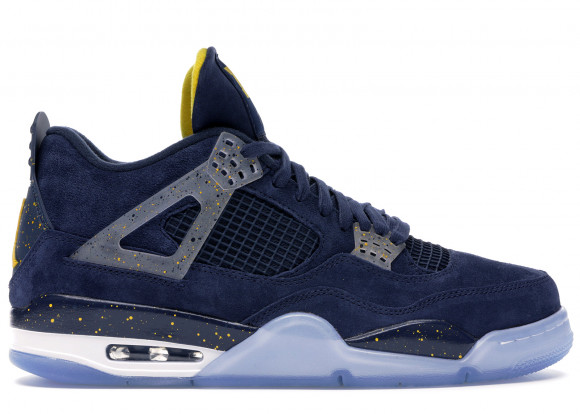 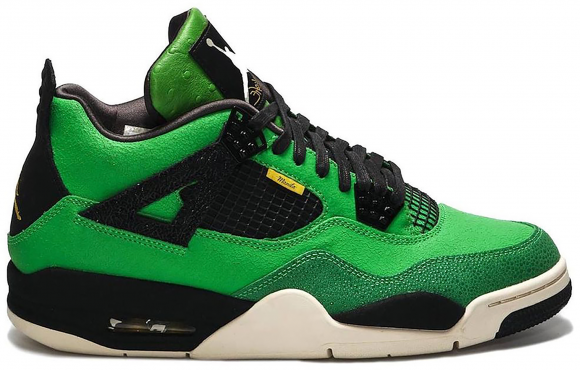 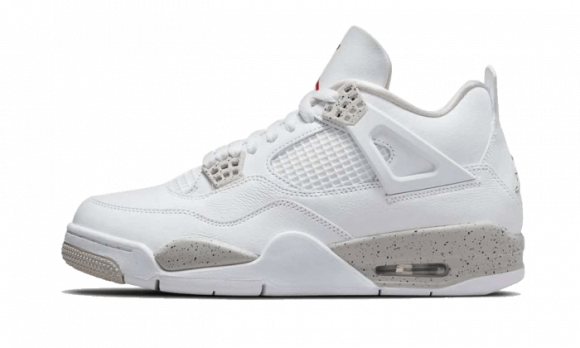 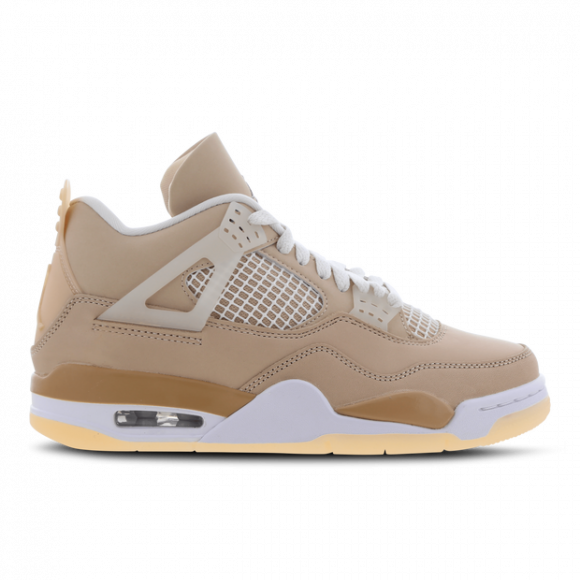 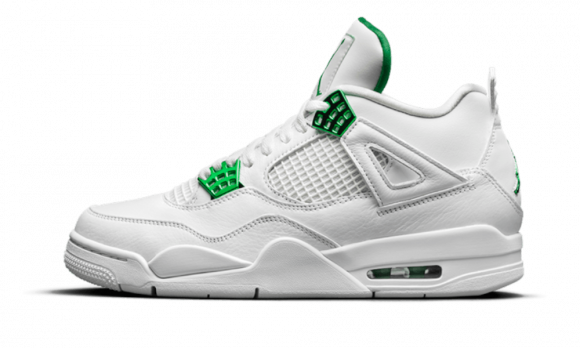 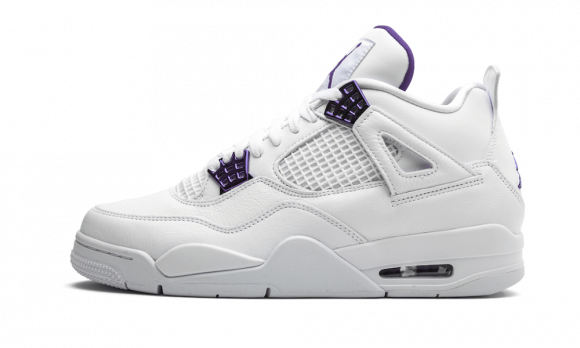 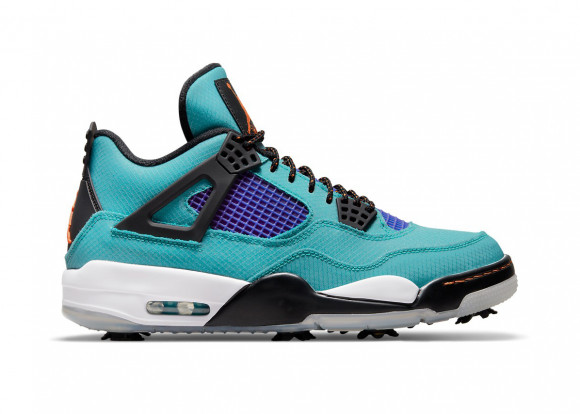 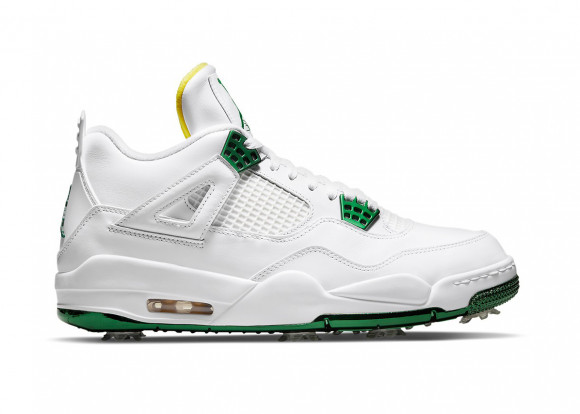 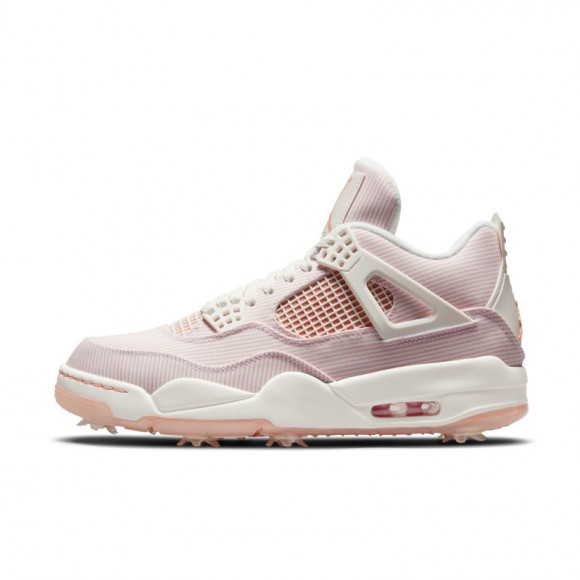 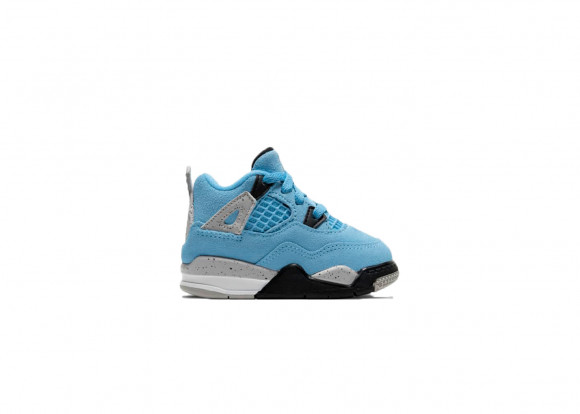 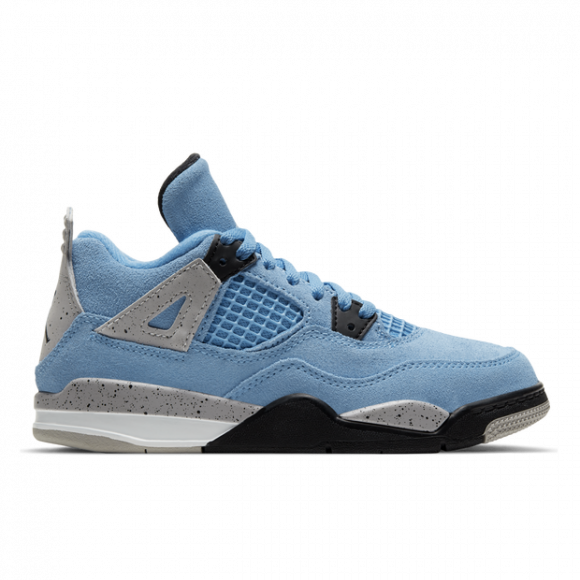 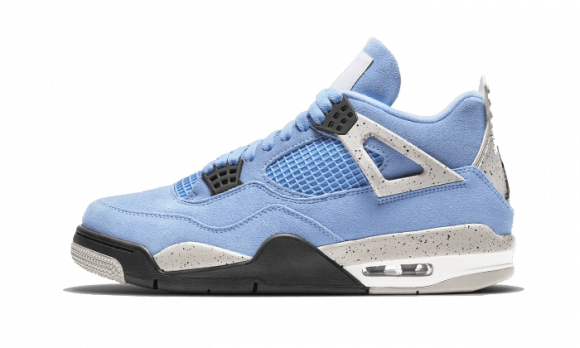 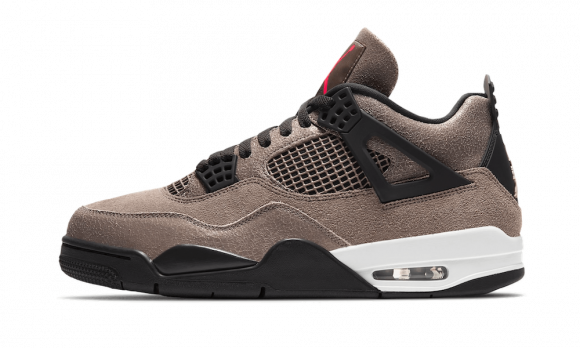 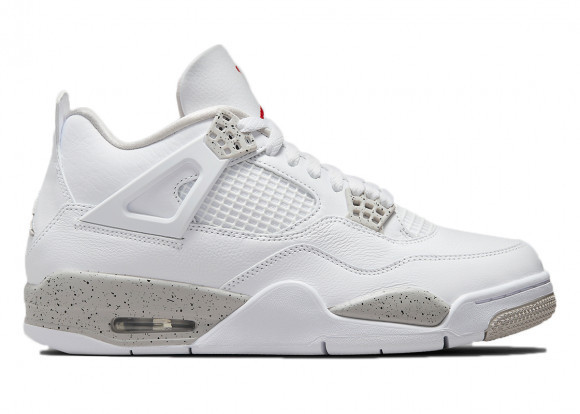 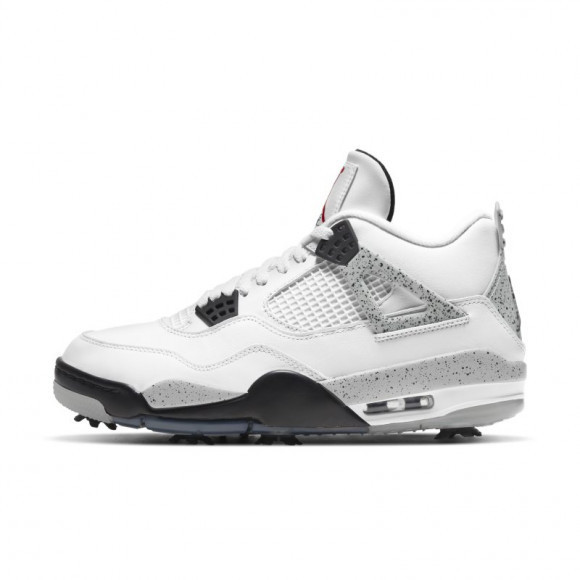